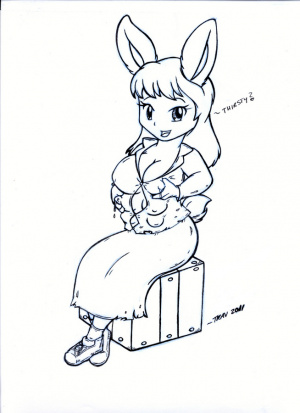 A mostly human female, if you didn't count the rabbit ears, six breasts, and that cute little white tail that sways behind her. She is usually wearing a yellow blouse, jean jacket, and a long red skirt. Her feet are clad in sneakers, well worn.

At this point, Sandra asks to move to the bunker. After moving, she is available for additional sex scenes as well as threesomes with various other inhabitants of The Grey Abbey Library.