A map of Fairhaven and its surrounding areas is available 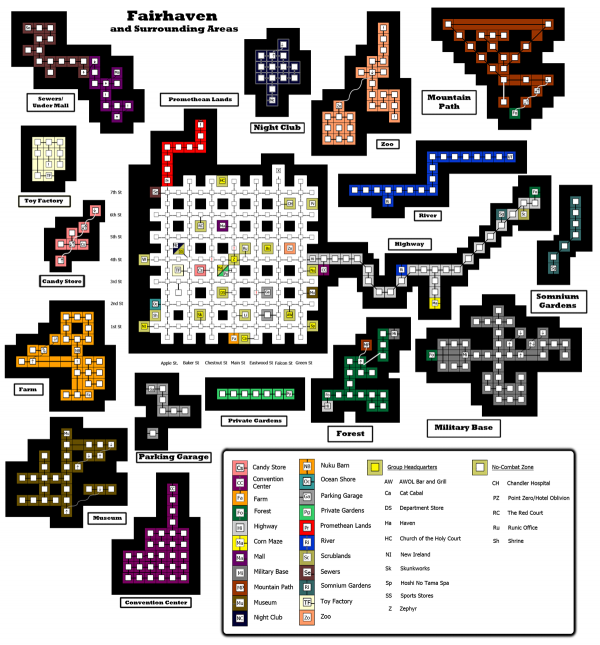 Clicking on the small maps will lead to a larger version.

As well, the sewers located underneath the mall haven't changed much, what with the 'gators swimming around in there. This location is a dedication point for Mall Rat and the Mall Rats (Crafting Alliance) Careful as you only get to pick one crafting alliance out of the three. Rod(!) lounges at the entrance of the Mall, welcoming all who wish to, you know, chill. If you ask for his 'list', he will show you his wares. You might also want to occasionally check with him for a few quests! Part of the map for this area is on the Sewers map it needs to be updated.

Now, however, the animatronics are the remains of the past and the bones have walked into life. Located deep within the Burial Mound is the Anubis Servant dedication point.

This page is currently being reworked so that the city will be divided up into 5 pages. This being the page for safe zones and links to the four additional unsafe quadrants or pages of the city.