From Flexible Survival
(Redirected from Athanasia)
Jump to: navigation, search 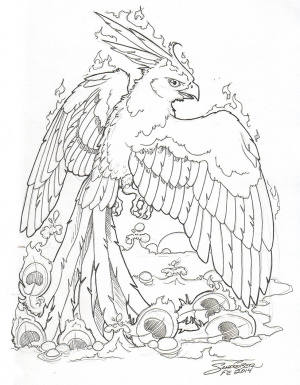 The phoenix reborn looks much as she did in her last incarnation, fully avian in form and as tall as a normal human being when upright. She has rich red and golden plumage over her hawk-like body. The edges of her wings and the end of tail ripple like the tongue of a flame, but do not harm you as you touch them. Her golden eyes shine with intelligence and warmth for you and while her sharp, raptor beak looks dangerous, it nuzzles tenderly against your side. Between her legs is a wet slit, something between a woman's pussy and a bird's cloacal vent.

Anastasia is first found with the Outside Exploration event Captured Bird.

If the player's cock is not large enough, Anastasia will gender shift the player toward male.