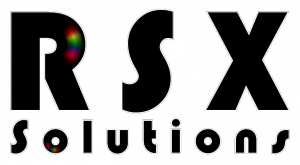 RSX, in partnership with Zephyr, was one of the two corporations involved in the creation of the Promethean Nanites. They were headquartered in Woodfield, Washington State up until January 2019, when they relocated to the eastern edge of Fairhaven city limits. They are no longer partnered with Zephyr. Relations between the two corporations is neither friendly nor adversarial, and they will occasionally collaborate. Prior to the advent of the nanites, RSX was primarily known for military weapons and technology contracts.

RSX Solutions was founded in the early 1900s as a government-funded scientific lab. Their lab coats were stiffly starched from the start, and this has never quite changed since then. With the emerging importance of the microprocessor, the lab gradually began focusing its studies on it, developing cutting-edge electronics in the highly competitive market and reaching for as much government funding as it could get. When offered the chance to develop Prometheus, RSX Solutions was eager: the possibilities, and the funding, were nearly limitless. But there was a catch—they had to partner with Zephyr Incorporated, a 100% civilian-run bio firm that wouldn't know confidentiality procedures or proper testing protocols if their life depended on it. RSX Solutions nonetheless agreed to the partnership, remaining ever professional. The results are what we have now: the nanites, once created, were unleashed destructively.

Some say RSX is to blame. It was their circuitry that controlled the nanites in the first place, after all. Where else could it have gone wrong? RSX Solutions denies this, and points to other factors such as Zephyr's inadequate quality control. In present-day matters, RSX also claims gross negligence on Zephyr Inc.'s part for failing to ensure proper inoculation of Zephyr employees against mutation-inducing nanites. As one RSX employee noted: "We've had an anti-nanite inoculation procedure since half-way into the project. I cannot fathom why the 'Management' of Zephyr Incorporated would choose to not make it easily available, and indeed a requirement, to those who work for them." As a general rule, however, Zephyr and RSX are not openly hostile towards one another, and occasionally engage in joint field operations.

RSX Solutions employees are all given free and easy access to anti-infection inoculation (consider resistance or immunity merits RP-essential choices for this faction). Employees who degrade themselves or who often change mutations are frowned upon, and can look forward to a sturdy glass ceiling in the corporation if they don't get their bodies and minds back under control.

"We welcome the reduced violence that many of these 'mutant tribes' display. If they require assistance, or wish to offer it in the reconstruction efforts of America, they are a welcome addition. Let us be clear however, organized does not always mean peaceful. Our agents will be on high alert for the increasingly violent strains and dealing with them properly." [1]

Essentially, if you are a mutant doing well, not causing violence (including overt sexual aggression), and are willing to work toward rebuilding, RSX has no issues with you.

Ultimately, RSX Solutions seeks to restore the American government to something resembling its old self, and to reestablish the infrastructure, peace, and stability of a now-ruined nation.

"RSX is all about rebuilding America.